Professor-of-the-Year Convocation speech: "The Everything Box"

I was just honored as Professor of the Year at the Spring Convocation (May 16) at Seton Hill University.  Because of this award, I gave the keynote speech after the students received their commendations for their achievements.  It went quite well, and I thoroughly enjoyed giving it, so I also present it here.  Words like “speech,” “convocation” and “honored” seem stuffy at first, but most of the talk was straight story-telling, and I had much fun with it. So I hope all of you enjoy it too. 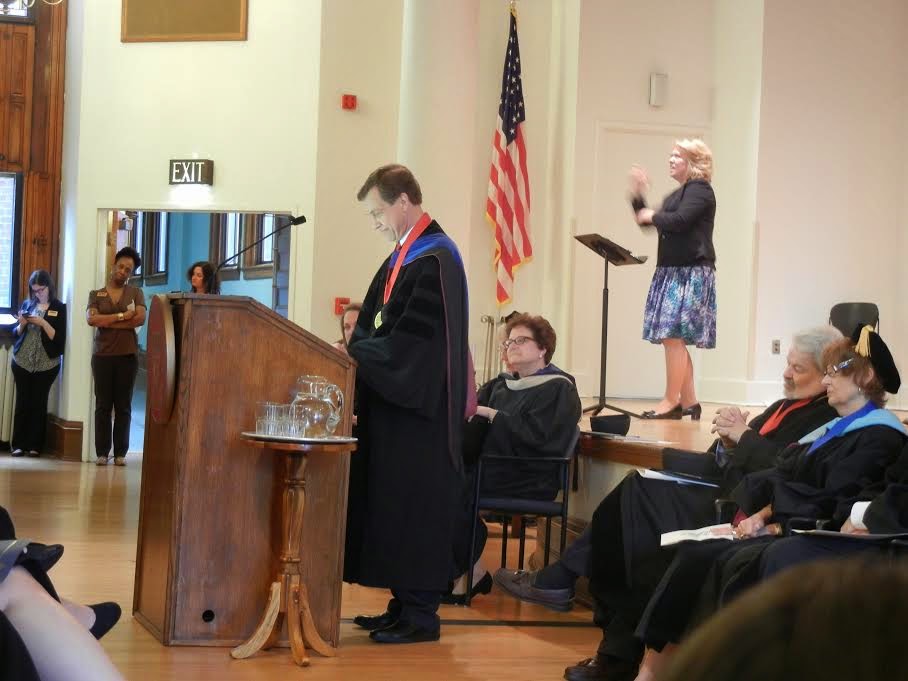 Good afternoon.  To all of you here today—President Boerio, Dean Gawelek, other administrators, the faculty, our guests, and of course the students—what I want to do is read you a story.  It’s brief.  In fact it’s a children’s picture book.  I wrote it many years ago after my niece had her first child, whose name, Abby, I used in the story.  (She’s actually here, by the way, though she’s a bit older now.)
The story celebrates education, and though I used names and details from one person’s life, the story can be applied to anyone, especially to students.  And after I read it, I will make a direct connection to you.
So, for the next few minutes, I want you to pretend to gather round, get comfortable, relax, and let “Uncle Al” tell you a story.  It’s called “The Everything Box” .  .  .

*     *     *
Okay.
Now, the point I want to make with all this?
Education is not the gift of knowledge.  Education is the gift of self.
It’s not what you learn.  It’s what you become.
If education were only about knowledge, then everyone would learn the exact same things.  No, it’s how you interact with the data, the activities, the skills—how you make them yours.
The child in this story didn’t learn any thing she didn’t know already.  What she gained was self-awareness—and a pride in being able to respond to the gift she received with one that she herself gave back.
The result of your education is not your diploma, your job, your income.  All of that’s very important, but it’s not as important as the development of you. This is why, in your senior year, we often ask you to review the work you did in your first year when you came to Seton Hill, not just to show what you’ve learned, but to see how much you have changed.
So, the next time you wonder, “What was all my education for?” Well, just look in a mirror.  The result of all your time, your work, your investment, you will see right there.
And more.
Posted by Albert Wendland at 8:41 AM